Liverpool is rightly proud and protective of its green spaces and any development in or close to parks or ‘green wedge’ areas can easily fall foul of public or political opinion.

Our £3 million design project for developers Scheme Global overlooking Calderstones Park is now complete and great care was taken to respect its surroundings and ensure the character of the area was not compromised by a new building on a cleared site. It was initially constrained by the tapered shape of the site and needed a design which developed with this shape, and which also did not overwhelm views from the street by appearing to be overdeveloped.

By dividing the building into distinct sections this created a flow through and around the buildings whilst providing larger public entrance spaces. Access into the site via a new entrance not only helped maintain the surrounding green space to be used as recreational space but also had less impact on existing trees within the site. It naturally created a circulation point and reduced the mass of the building. 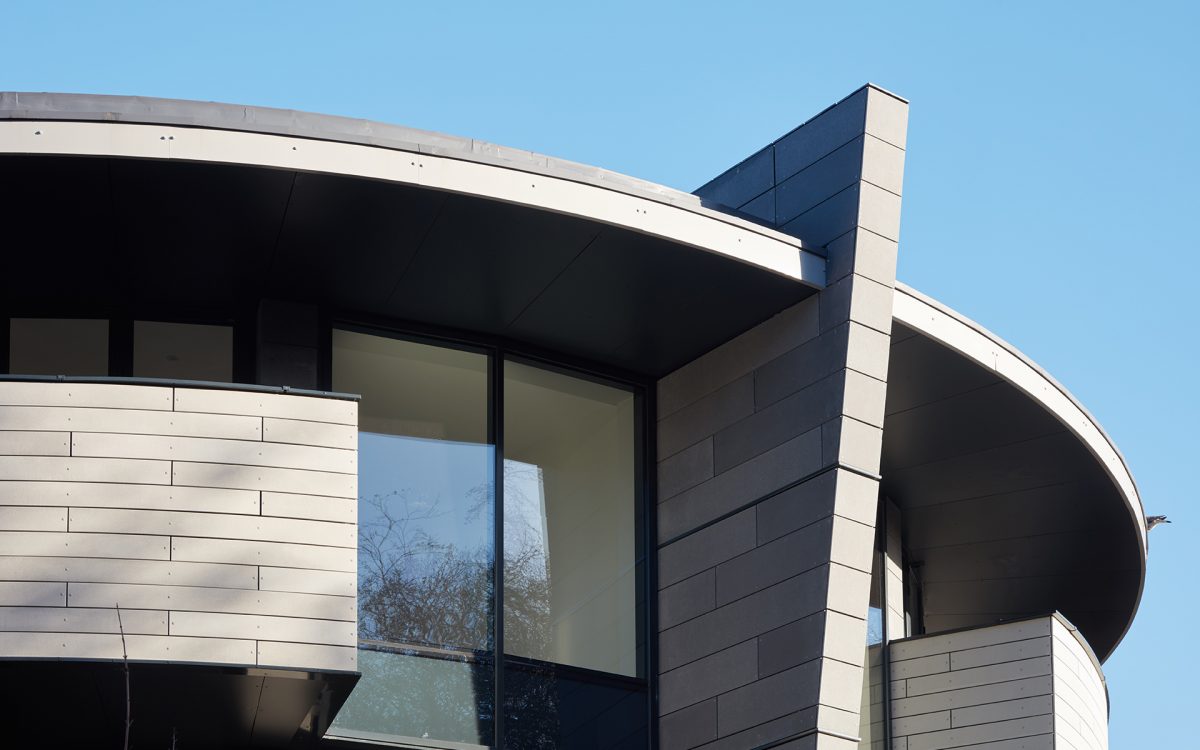 These 11 apartments over three floors are clad with a modern palette of muted greys and off white horizontal planks with a striking contrasting fin cutting through the building.  With allocated parking in the semi basement below and private gardens or terraces to each apartment, this contemporary design for exclusive living provides high-quality, three-bedroomed accommodation with large, light living spaces, utility provision and generous entrances included at each unit.  With stepped floor plates increasing as the building rises plus large curved external walls, careful co-ordination and communication was paramount for the successful installation of curved cladding panels and facetted glazing providing floor to ceiling patio doors to follow the curvature of the terraces. The communal stair and entrance spaces are fully glazed and mature greenery can be seen from each view – all adding to this luxurious, high-end development.

With a careful eye on this overgrown brownfield plot, Liverpool City Council’s Planning department were involved every step of the design development. Materials were carefully considered not only for their aesthetic and technical capabilities but for their environmentally sound credentials too.

The high-energy efficiency ratings achieved were helped by the installation of warm underfloor heating beneath screeded floors to every apartment, a highly-insulated envelope and advanced energy saving lighting design throughout.  With the car park located within a semi basement, natural ventilation was achieved through a louvered plinth to the perimeter of the building meaning mechanical extraction could be avoided. 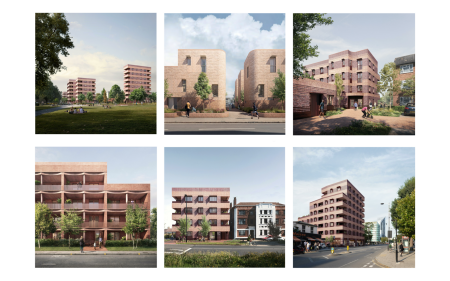 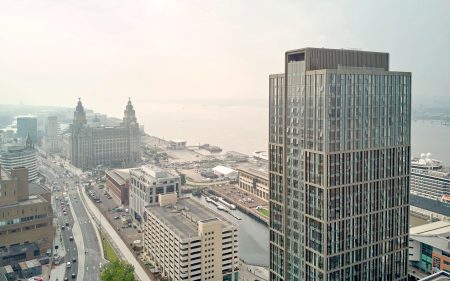 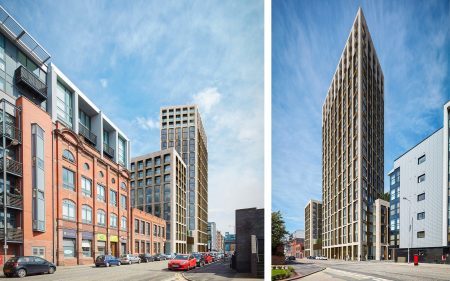