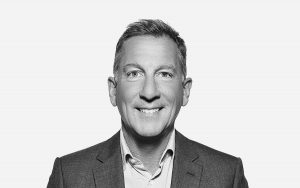 Pre-loved is a handy catch-all for society’s gradual rejection of casual consumption and the thoughtless disposal of items with a remaining shelf-life. Find any hipster café and just about every fixture and fitting will be enjoying a new lease of life.

In the built environment, of course, most assets are pre-loved: the UK has the oldest housing stock in the world.  Thanks to TV shows such as The Restoration Man architects are seen as at the vanguard of restoring loveability to our national depository of domestic dwellings.

And whilst bringing a crumbling Georgian wreck in Canning or Spitalfields back to life is most likely to capture the public’s imagination, there is arguably more of a challenge – and more value to be added – from re-purposing much more recent additions to our built realm.  The question for certain locations is whether the costs get past the viability equation.

Take this project on Grinfield Street in Liverpool’s Edge Hill, which provides the eastern overflow to the city’s expanding Knowledge Quarter.  An unloved former corporation housing block from the seventies, it had long since been converted to student homes, its financial viability extended for no other reason, I suspect, than the convenience of its location.  Its lifetime came to an end with the boom in purpose-built student blocks, of which half a dozen very good examples were built on Grinfield Street itself.

Thanks to Liverpool’s much stronger economy and the continued boom in student numbers this building passed muster when it came to an examination of the costs.  Time, then, for a its own Restoration episode, the results of which you see below.

The zinc cladding gives the building a contemporary feel, aided by the hidden rainwater goods which enabled us to sustain a very clean look.  The building now stands out against its modern peers on the street and its financial future is secure.

It isn’t just the rainwater goods that are hidden, of course: Part L regs, among others, have seen a complete overhaul of the building’s energy performance which, together with the embedded carbon in the saved structure, markedly improves its sustainability.  Given the scale of neighbouring buildings it would have been tempting to knock this down and start again, but that fate was avoided, and the result is an elegant building that improves the street.

With students being rumbustious types, the building’s street level performance and durability was important, hence the use of brick slips.  On the rear elevation we added Oriel windows to direct views away from the facing residential gardens.  There are 60 student beds in total, split across 54 cluster beds and six studios.

For a modest £2.5m investment we think the result is highly pleasing and proof positive that, with the right eye and a sensible budget, any pre-loved building can enjoy an extended shelf-life and become loved once more.  And whilst we have recently found new uses for more obvious heritage assets (Chancery House, India Buildings and Municipal Building spring to mind) Grinfield Street has earned its place in our affections, too.